Back to all LearnPress Reviews 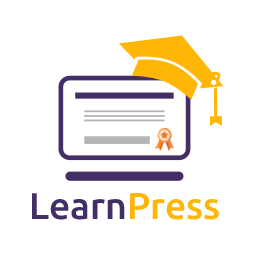 Follow
Receive notifications each time this Learning Management System gets a new review.

Great free LMS for small companies looking for the basics, but issues with more complex courses and poor support

We have been using LearnPress for the past year and have made the decision to switch to an alternative (LearnDash) due to needing more features and because several bugs/ issues were never fixed despite several requests to customer support. Overall, LearnPress is a good option to start with if you're looking to sell relatively straightforward online courses - it integrates well with Wordpress, is very easy to use and works pretty well out of the box. You do need to pay extra for some of the useful add-ons though, e.g. we purchased the "assignments" add-on to allow learners to upload files as assignments and the "certificates" add-on to automatically generate certificates. It is actually these premium add-ons which caused the issues though, and sadly customer support (even for premium add-ons) is very poor.

For the past few months, we've been having an issue where the certificates add-on generates mini thumbnail-sized certificates rather than full certificates, so we have had to go back to manually producing certificates. Despite multiple complaints, this has not been fixed or even addressed by customer support.

Almost half a year ago, shortly after we purchased the "assignments" add-on, we discovered that this does NOT integrate properly into the grading system in LearnPress (despite both being created by the same company). In particular, we needed to combine together scores from multiple assignments and quizzes within the same course. This is something that is advertised as possible on the assignments add-on sales page, although customer support attempted to deny this essentially by pretending they didn't understand the English. They also refused to provide a refund despite it being clearly misadvertising, and refused to offer any support in fixing the issue (which should be very straight forward) claiming that no-one else would want to combine together the results of assignments with quizzes so it wasn't worth their effort.

Overall, if you just want simple courses assessed through quizzes and without any fancy features, LearnPress works fine and is very easy to use. However, if there are any issues or you need more complex features I would recommend switching to a more well-managed LMS rather than trying to purchase any of the add-ons and getting tied in, since there will inevitably be some problems which they refuse to offer any support to fix.